Retinoblastoma: An exemplary tumour in young children that can be cured in low-income countries

Cancer will be one of the major health challenges worldwide in the next few decades. Among all the different types of this ubiquitous disease, cancer in children must be among the priorities in action plans to combat cancer in low- and middle-income countries. Among childhood tumours, retinoblastoma appears to be a good example as it is now curable in over 95% of cases in high-income countries due to early diagnosis and quick access to a competent multidisciplinary team. Relying on the experience of Institut Curie in Paris (the reference centre for all retinoblastoma cases in France), we have developed a programme to help local teams in some sub-Saharan French speaking countries (these currently include Mali, Democratic Republic of Congo, Senegal and the Ivory Cost, and soon in Madagascar) to become  national or regional reference centres promoting early diagnosis campaigns, offering all treatment facilities including conservative treatments and rehabilitation after enucleation.

Low-income countries, particularly French-speaking sub-Saharan African countries, still have a very young population with at least 40% aged less than 15 years old with a low life expectancy, around 50, and a fertility index still high around 5. So cancer in children younger than 15, even if the incidence rate is nearly the same, represent a higher proportion of the population in these countries (about 5% of all cancers) than in high-income countries (now less than 0.5% in France). We know that the number of cancers in adults will rapidly increase in the future1 due to ageing of the population and changes in lifestyle. Many countries are not prepared in any way to face this new challenge: the complexity of caring for a growing number of patients with cancers which require so many different skills from so many different actors working closely together.

The situation will be complicated in low-income countries by the fact that at the same time, other health problems such as maternal and neonatal mortality, malnutrition and infectious diseases will not be totally under control and that other non-communicable diseases like diabetes and cardiovascular diseases will also take more and more room increasing difficulties to find funding.2

Therefore, as everything cannot be achieved at the same time, more than ever, each country has to define its health priorities in oncology according to:

It is essential that all these priorities are broken down into a multi-annual action plan. Many cancers in children are good candidates to be prioritized in all developing countries3, as the cure rate is now over 80% in high-income countries with costs of care often much less than for most of cancers in adults.

We have chosen to define and implement a programme called: “Supporting early diagnosis, treatments and the rehabilitation of children with retinoblastoma in sub-Saharan African countries” based on the following assumption shared by different authors4: “with early diagnosis, rapid care by a specialized team, treatment is simpler, less expensive, with higher cure rates and with less after effects”.

There are different reasons for this choice:

The existing situation of retinoblastoma in Mali was known:8,9

We observed many reasons for this situation that were very close to the description given by T Eden10 of the main obstacles to be overcome to improve care of children with cancer in the developing world: poverty, other societal priorities, lack of registration (retinoblastoma is probably over-represented in Africa due to the under-estimation of many other deep seated tumours), lack of awareness, lack of access to diagnosis and treatment facilities, lack of trained staff and infrastructure problems. For retinoblastoma in Mali, we can also add cultural factors and the absence of access to ocular prosthesis and to effective conservative treatments11 which are important reasons for parents to refuse enucleation of the affected eye, particularly if the diagnosis is made early.

We decided to develop the programme in Bamako because some of the prerequisites were fulfilled:

–  Information in health centres for doctors (general practitioners and paediatricians) and other health personnel (nurses, midwives, technicians) on the symptoms of retinoblastoma (leukocoria and strabism), training for ophthalmologists (36 in Mali with two-thirds of them in Bamako) and for ophthalmology technicians (113 in Mali in regional hospitals and some health centres) in the identification of suspected cases for referral to IOTA.

–  Information for all parents using posters (Figure 1) designed from existing models in France and Brazil and also through national campaigns to fight blindness on radio and TV in French and in the Bambara language.

–  An effective response at different stages of care in developing the capacity to take rapid and effective action. This means ensuring:

•  access to a specialized ophthalmologic consultation at IOTA for children with suspected retinoblastoma with the  possibility of retina examination (ocular fundus) in less than one week;

•  access to ocular ultrasound and CT-scanning and NMR imaging (when possible in Bamako);

•  the possibility of surgery (enucleation) at the early stage in less than a week;

•  systematic ocular prosthetic rehabilitation (training of a person on site and at the Prothelem company in Paris);

•  consolidation of pathology (training of a pathologist for paediatric oncology pathology in Paris with the help of GFAOP);

•  when necessary, access to chemotherapy (through GFAOP by providing the necessary cancer drugs) and to radiotherapy (when available in Bamako);

•  the establishment and development of conservative treatments for bilateral cases (training of an ophthalmologist in Institut Curie, Paris, for thermo-chemotherapy techniques, and the acquisition of necessary materials such as a laser) with the possibility of follow-up under general anesthesia for ocular fundus.

The programme was officially launched in Bamako on 5 November 2011, during a visit from professionals including an ophthalmologist, a radiation oncologist, a paediatric oncologist and an ocular prosthetist. Over three days, the programme was finalized: there were discussions with the authorities, a course on retinoblastoma and a formal meeting attended by the press. During this visit, after two days of training, the first ocular prosthesis was carried out at IOTA (Figure 1).

From October 2011 to October 2013, 68 new cases of retinoblastoma in children were diagnosed and treated (despite a war in the north of the country) by the Bamako multidisciplinary team (15% came from neighbouring countries). It is too early to have a clear assessment of the evolution of the stages at diagnosis with time, but only 40% had advanced disease at presentation (versus 60% in the historical series 2005–2007). Of the 30 intraocular unilateral cases, 85% are now in complete remission. All enucleated children in this new series received an ocular prosthesis. Conservative treatment for bilateral cases will be available in early 2014.

It was decided to extend the programme in other countries and Lubumbashi in the Democratic Republic of Congo was chosen on the same criteria:

The programme was officially launched on 5 December 2012, with a conference in the faculty of medicine at Lubumbashi with an audience of 250 people. This took place during a visit like the first one in Bamako. The training of an ophthalmologist and of a technician for ocular prosthesis was undertaken in Paris early in 2013.

For these two centres, regular follow-ups were organized by conference call.

The programme continues to expand and visits, on the same basis, were conducted in October 2013 in Dakar (Senegal) and in Abidjan (Ivory Coast). Next year, we plan to implement a programme in Madagascar and probably later in one or two other countries.

So, finally, we plan to cover about 200 new cases of retinoblastoma each year (out of at least 2,000 appearing each year in the whole of Africa) and hope to reduce the mortality which was about 70% to less than 30% and to reduce blindness and other after-effects.

This may seem like a drop in the ocean, but we think that retinoblastoma, even if it is not a health priority according to its scarcity, is a special tumour, the only one curable in almost 100% of cases, whereas in the absence of treatment death occurs after a spectacular and painful evolution. We are convinced that the success of such a programme will go far beyond this single tumour and will benefit the entire fight against childhood cancer. 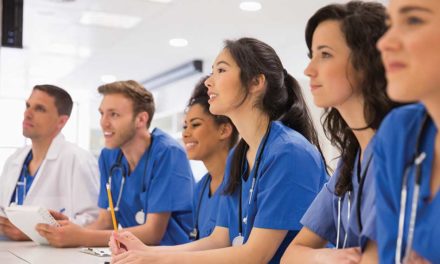