Tobacco use harms nearly every organ of the body and results in 6 million deaths annually. One in five cancer deaths is caused by smoking and the death and harm from smoking is preventable. While the relationship between tobacco and cancer is clear, it is further explained using statistics and findings from The Tobacco Atlas, a tobacco control tool and global reference for monitoring tobacco use prevalence, trends and statistics.

The harm caused by tobacco has been established for decades, yet still one in five adults in the world currently smokes cigarettes. Globally, tobacco use kills nearly 6 million people a year, including approximately 600,000 deaths resulting from secondhand smoke exposure.1 If current trends continue, it is estimated that tobacco will cause approximately 8 million deaths per year by 2030, and 1 billion total deaths in the twenty-first century, the majority of which will occur in low- and middle-income countries.2 While tobacco use results in numerous adverse health outcomes, it is estimated that one in five cancer deaths worldwide is caused by smoking.3 By 2015, it is projected that 33% of all tobacco-related deaths worldwide will be from cancer (Figure 1). Tobacco use is the only risk factor shared by the four major non-communicable diseases (Figure 2), and tobacco use must be addressed globally in order to curb cancer deaths.

About The Tobacco Atlas

The Fourth Edition of The Tobacco Atlas was published in 2012 by the American Cancer Society and the World Lung Foundation, and released at the 15th World Conference on Tobacco or Health in Singapore. The first edition of The Tobacco Atlas was published in 2002 by the World Health Organization. The original Atlas preceded the WHO Framework Convention on Tobacco Control (WHO FCTC), MPOWER, the United Nations (UN) 2011 High Level Meeting on Non-communicable Diseases, and considerable global funding for tobacco control. The Tobacco Atlas monitors changes in global tobacco control and illustrates the global progress in tobacco control over the past decade, which has arguably been the most productive period in tobacco control history. The Atlas provides statistics on the history of tobacco use, international prevalence and trends data, statistics on deaths and harm from smoking, personal and societal costs of tobacco use, and discusses tobacco industry behaviour and current and proposed solutions for global tobacco control. The Tobacco Atlas, and the accompanying interactive website found at www.tobaccoatlas.org, is a comprehensive and user-friendly tool for investigating and monitoring global tobacco issues. The following sections highlight key findings from The Atlas, their implications for cancer control worldwide and global tobacco control interventions and practices.

Tobacco and cancer findings from The Tobacco Atlas

Harm and cancer resulting from tobacco use

Tobacco use harms nearly every part of the body, inducing cancers in many different organs.  While much research has focused on the impact of cigarette smoking on health outcomes, links have also been established between smokeless tobacco and oral cancers, and between other adverse outcomes and the use of cigars, pipes, water pipes, kreteks and bidis. Cigarette smoking, or the inhalation of burned tobacco leaves, is the single largest contributor to cancer deaths in the world. Worldwide, roughly 80% of male lung cancer deaths and 50% of female lung cancer deaths are caused by smoking.  The International Agency for Research on Cancer (IARC) has estimated that annually there are 1.1 million lung cancer deaths globally and of these, 83% (935,000 a year) are caused by smoking.4 The dangers of cigarette smoke extend to non-smokers who are exposed to secondhand cigarette smoke, also called forced smoking.  In countries with a high male to female smoker ratio, women are often victims of secondhand smoke exposure, illness, and death. In fact, three-quarters of secondhand smoke deaths occur among women and children (Figure 3).

Cigarette smoking is a twentieth century phenomenon (Figure 4) that has followed a pattern of smoking initiation and the broad adoption of the habit, trailed by an increase in smoking-related illness and death and eventually a decline in smoking prevalence.5 This pattern has been observed in many high-income countries, resulting in a devastating tobacco epidemic of significant economic and health proportions.

The fact that these cancer deaths are entirely preventable is paradoxically frustrating and encouraging. Despite the near universal knowledge of the harm caused by tobacco use, smoking continues to be widespread, with over 1 billion tobacco users in the world today, and approximately half of all lifetime smokers will eventually die of a related cause. At the same time, evidence-based interventions are well established and millions of lives could be saved if countries put into practice what is known to be effective.

Gender differences in tobacco use

Globally, male smokers outnumber female smokers by approximately 4:1, though this is likely to change as female smokers in low- and middle-income countries begin to smoke at higher rates, often the result of economic and social changes in the country, coupled with tobacco industry marketing and exposure. While smoking prevalence among men is higher than among women, on average, there is generally much less difference between the smoking prevalence of teenage boys and girls. The implication is that smoking rates among women are likely to rise even more as teenage female smokers continue their addiction as adults.  In fact, securing youth smokers in this way is a survival strategy of the tobacco industry, as most adult smokers begin their addiction before the age of 18. Of significant concern are low- and middle-income countries in which the smoking rates of teenage boys are alarmingly high; in some countries, virtually half of all boys aged 13–15 are smokers (Figure 6).

The global tobacco industry represents big business.  Tobacco is grown in at least 124 countries in the world and is grown on more than 3.8 million hectares of agricultural land.  Tobacco is grown with little benefit to farmers, who are often trapped in a cycle of poverty and are victims of farming-related illness from exposure to tobacco leaves and nicotine. Additionally, tobacco is grown on land that could be used for other food products, and in 2009, six of the world’s top 10 tobacco-producing countries had undernourishment rates between 5% and 27%. Tobacco companies and manufacturers are the winners of tobacco production. In 2010, the six leading tobacco companies in the world had combined revenues of more than US$ 346 billion and combined profits over US$ 35 billion. These companies profit greatly from the addiction of others and work diligently to keep customers as lifetime addicts.

Tobacco-related costs and affordability of cigarettes

The results of the tobacco epidemic are costly and include both direct and indirect costs to society.  Direct medical costs are incurred to treat tobacco-related illness and indirect costs include the loss of labour productivity, pollution and other environmental harm, and fire damage, not to mention the costs of human suffering that victims and their families face.  In some countries, such as Egypt and Mexico, tobacco-related health care costs exceed 10% of total health care expenditures.

Cigarette smokers in developing countries face personal opportunity costs that can involve the sacrifice of basic needs like food and education to satisfy their addictions.  Cigarette prices vary widely from country to country with a tendency toward more affordability in low- and middle-income countries (Figure 8), with “affordability” expressed as a percentage of income or duration of work time it takes to purchase a product. The fact that cigarettes may be more affordable compounds the problem, as low costs make it easier for smokers to justify the purchase of cigarettes over basic necessities. Essentially, increases in cigarette affordability confound tobacco control efforts.

The World Health Organization Framework Convention on Tobacco Control (WHO FCTC) is a global public health treaty adopted by the World Health Assembly in 2003. At the time of the first printing of The Tobacco Atlas, the FCTC was a year away from adoption.  As of September 2013, 177 parties have joined7, making the FCTC one of the most quickly ratified treaties in history. Towards the goal of assisting countries with implementing tobacco control policies, a set of broad measures was introduced under the name MPOWER (Monitor tobacco use and prevention policies, Protect people from tobacco smoke, Offer help to quit tobacco use, Warn about the dangers of tobacco, Enforce bans on tobacco advertising, promotion and sponsorship, and Raise taxes on tobacco). 8

With these goals in mind, The Tobacco Atlas suggests fourteen specific policy actions and strategies that contribute to the goal of reducing global tobacco use and will in turn significantly impact on global cancer rates:

Tobacco use continues to be widespread and is the single largest cause of cancer worldwide.  Its use accounts for at least 30% of all cancer deaths in developed countries with the potential to impact the rest of the world in a similar manner.  The epidemiology of smoking in high-income nations has shown lung cancer progressing from a rare disease to the most common cause of cancer death, surpassing the number of cancer deaths from the next four leading causes of cancer combined. There are currently more than 1 million lung cancer deaths a year globally, 85% of which are caused by smoking.

The tobacco epidemic that has unfolded in many high-income countries could potentially be curbed or prevented in low- and middle-income countries that have not yet seen the dramatic increase in smoking prevalence rates and thus the resulting illness and death caused by tobacco use and exposure. The Tobacco Atlas is a comprehensive tobacco control collection of global statistics and trend information designed to track and describe the global tobacco epidemic.  It includes data on prevalence, harm from smoking, personal and societal costs of use, and industry behaviour, while illuminating solutions to this global problem. By arming the public with information about the crisis and suggesting guidelines to aid tobacco control, The Tobacco Atlas provides valuable tools to aid the tobacco control movement in its goal to prevent further global harm, in turn preventing avoidable cancer morbidity and mortality.  l

The authors would like to thank Judith Mackay and Hana Ross for their co-authorship of The Tobacco Atlas, Fourth Edition. 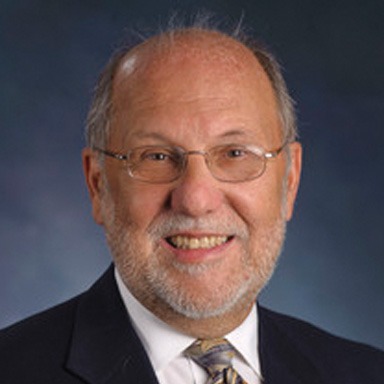 Michael Eriksen, ScD is the Dean of the School of Public Health at Georgia State University (GSU) and lead author of The Tobacco Atlas, Fourth Edition. Dr Eriksen is a global tobacco control expert who has published extensively on tobacco prevention and control and was the longest-serving director of the Centers for Disease Control and Prevention’s Office on Smoking and Health. 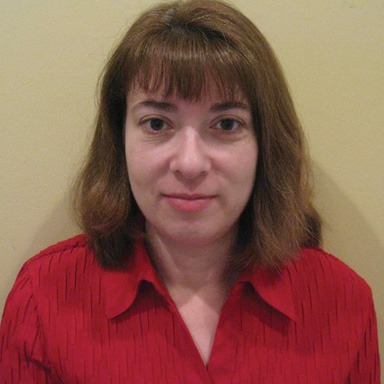 Amy Nyman, MA has over 20 years of research experience with a strong focus on tobacco-related research. 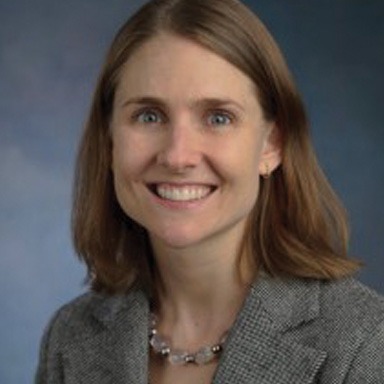 6. Shopland DR. Tobacco use and its contribution to early cancer mortality with a special emphasis on cigarette smoking. Environmental Health Perspectives. 1995; 103 Suppl 8: 131-42.

7. FCTC WHO Framework Convention on Tobacco Control [homepage on the internet]. 2013. Available from: http://www.who.int/fctc/signatories_parties/en/.

Integrating palliative care into a children’s oncology service in India