Access to cancer care is not just about affordable medicines and treatment facilities, it can also be about removing physical barriers to receiving treatment. For increased early detection and the problems of late presentation, lowering the cost of travel for patients and their carers can be a constructive initiative. Since 1957, the Ministry of Railways in India has developed a concession scheme for cancer patients and their carers which has proved beneficial and evolved with new features over the decades. This is a practical, and copyable, example of a multisectorial approach to cancer care.

The political declaration of the High-level Meeting on the Prevention and Control of Non-communicable Diseases that was adopted by the UN General Assembly as Resolution 66/2 at its third plenary meeting on 19 September 2011 placed a strong emphasis on the need to create multisectoral solutions to control the growing epidemic of non-communicable diseases (NCDs) in low- and middle-income countries (see Table 1). This emphasis reflected the growing recognition that very few of the social determinants of health can be directly influenced by health care professionals or health policy-makers alone.  A “whole-of-government” approach is required that addresses NCDs and ensures that health-related considerations are taken into account as an integral part of the policy-making process of all government departments. A high proportion of patients presenting with advanced cancers in developing countries may be largely due to the lack of knowledge (public, professional and political) about the early signs of cancer, to the lack of local and regional infrastructure, poverty and the high cost of treatments but a further reason is also the recurrent cost of journeys to distant centres for treatment. India has a long running scheme that helps defray the rail travel costs of cancer patients and their carers attending hospital for treatment. Cancer Control invited the Ministry of Railways in India to provide the following description of its concessionary fare scheme as an example of an established multisectoral approach designed to improve access to treatment for cancer patients on lower incomes.

Fare concessions for cancer patients Indian Railways offer a wide range of rail travel services among which lower class travel is one of the most inexpensive transportation services in the world. Apart from being a low- cost passenger transportation system and the largest passenger transportation system in terms of passenger kilometres, Indian Railways has also been discharging a critical social obligation towards nation building. This social obligation manifests itself, among other things, in the form of concessions extended to various travellers which include senior citizens, the disabled, students, kisans (small farmers and agricultural workers), war-widows and people with life- threatening diseases.  The travel concessions offered to cancer patients also demonstrates how Indian Railways discharge their social obligations entirely on a voluntary basis.

Since its inception the concession for cancer patients has evolved in the following manner:

1986       After the introduction of sleeper class, thesame concession was allowed for this .

The procedure for obtaining cancer patient concessions Concessional tickets are issued on production of a certificate from the head of a cancer hospital or institute where the patient is being treated. Outward journey concessions are issued from the station where the patient boards to the hospital where they are being treated. The return journey concessions are issued from the treatment/check-up/discharge centre to the patient’s place of residence. A large number of cancer patients have been using this facility. During 2012–13 approximately 1.5 million passengers have used the concession; of which 900,000  passengers have reserved tickets and nearly 600,000  passengers used un-reserved tickets. The total monetary value of concessions given to cancer patients in 2012–13 was approximately US$ 5.88 million (Rs 375 million).

Facilitating travel with reserved seating Apart from the support given in the form of fare concessions, Indian Railways also facilitates the travel of cancer patients by providing a special quota of reserved seats. Such quota is earmarked on approximately 150 mail and express trains covering the major metros where the hospitals and institutes for specialized treatment are located. In addition, cancer patients who use the concessions are also given limited direct access and preference in the allotment of an emergency quota of seats which helps travel at very short notice.  Therefore, to some extent, cancer patients are given adequate priority over the other categories of traveller including those travelling on duty, senior officials, etc. The figures cited above are impressive and encourage further research. It would be interesting to know how many other countries (high, middle or low income) are operating similar concessionary fare programmes for cancer patients and their carers. Even more importantly, what evidence there is that providing cheaper or free travel for patients leads to any or all of the following outcomes: downstaging at the point of diagnosis; increased attendance and adherence to treatment protocols; improved availability for follow-up and improved survival rates? Cancer Control would be interested in receiving summaries of these data from major treatment hospitals in India whose patients are known to have benefited from these concessionary fares. 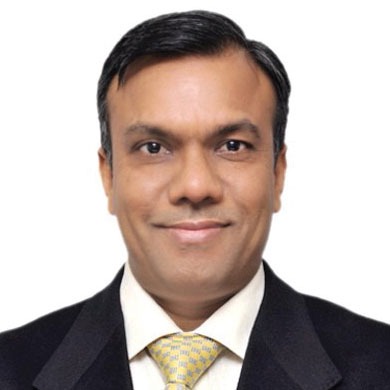 Sh Rajender Kataria is an officer with India’s Administrative Service (1996 batch). He has served in various capacities in State and Union Governments including as an Assistant Commissioner and Sub-Divisional Magistrate, Joint Commissioner of Commercial Taxes, Chief Executive Officer, Zila Parishad (District Level Administration), and Deputy Commissioner-cum-District Magistrate. He has also served as the Administrator of two famous Temples – Mata Mansa Devi, Panchkula and Shri Mata Sheetla Devi, Gurgaon, as well as the Chief Administrator of Haryana Urban Development Authority (HUDA), Private Secretary and Chief Staff Officer to the Union Ministers of Labour and Employment, Railways and Social Justice and Empowerment. 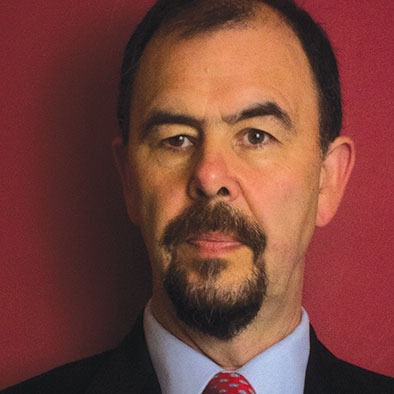 Mark Lodge became involved in evidence-based research as a young member of the General Practice Research Group at the Department of Public Health and Primary Care, University of Oxford. In 1993 he joined the embryonic Cochrane Collaboration, working as the Trials Register Co-ordinator., Mark joined the INCTR as its Director for Programme Development and is now the Executive Director of the UK Office with responsibility for the the Network’s Evidence Base Programme. Mark Lodge is an Associate Fellow, Particle Therapy Research Institute, University of Oxford.