Sir Richard Peto is Professor of Medical Statistics & Epidemiology at the University of Oxford, United Kingdom. In 1975, he set up the Clincial Trial Service Unit in the Medical Sciences Division of Oxford University, of which he and Rory Collins are now co-directors. Professor Peto’s work has included studies of the causes of cancer in general, and of the effects of smoking in particular, and the establishment of large-scale randomised trials of the treatment of heart disease, stroke, cancer and a variety of other diseases. He has been instrumental in introducing combined “meta-analyses” of results from related trials that achieve uniquely reliable assessment of treatment effects. He was elected a Fellow of the Royal Society of London in 1989, and was knighted (for services to epidemiology and to cancer prevention) in 1999.

Cancer Control: How should the global target of a 25% reduction in premature mortality from non-communicable diseases (NCDs) by 2025 be interpreted?

Sir Richard Peto: I would define “premature death” as death during the middle age range of 35 to 69 years.  It’s not that deaths after 70 don’t  matter – I’m after 70 myself  and I’m still enjoying life – but if you are going to do things to reduce NCDs then it is going to be to reduce NCD mortality in your 50s and 60s as well as reducing the death rates in your 70s and possibly even in your 80s. In a nutshell, I would like to see a substantial reduction in the probability of a person of 35 dying before they were 70, calculating that probability at the death rates at 1990, 2010 and 2030. I would want just to count those deaths from a cause which, if avoided, a person would have had a reasonable number of years left in expectation.

Cancer Control: Do you consider the “25 by 25” target achievable?

Sir Richard Peto: In many populations the death rates are actually falling,  so if you are looking at global death rates, then the rate of decrease over the period 1990–2010 is so great that it will actually finish up knocking a quarter off these things by 2025.  Overall, things are improving.  In Britain for example at a 1970s’ death rate, 42% of men in this country would die before they were 70; now it is 18%.

Sir Richard Peto: I don’t like these things that say “More people die from NCDs than from communicable disease and therefore NCDs are more important”. They seem to me misleading because they are counting deaths in old age, when deaths are inevitable. It doesn’t seem to me to be a fair argument, because of the ages at which people are dying. You have to take into account the Years of Life Lost (YLL) rather than just crude numbers of deaths, otherwise, it’s not a fair description of the way things are; of the importance of things. In a way, I’d want to knock the number count down.  However, if you just count the deaths from NCDs in middle age, then it gets them back into some kind of intuitively reasonable perspective in comparison to deaths before middle age.

Cancer Control: The post-2015 development agenda is currently being discussed. What are the key global developments in health care that you would wish to see happen between 2015 and 2030?

Sir Richard Peto:  Obviously we need to continue to do things that reduce the probability of death before middle age: child survival, safe motherhood, HIV control, prevention of accidents and violence. Having said that, there is a lot that can be done to reduce the incidence of, and to improve the treatment of, non-communicable disease.

I think that it will be important to keep cancer registration going because the circumstances of the different registries around Africa are quite different. It has taken a long time to establish cancer registration. Their recording rates are very, very different from the rates seen among black Amercians in the United States. And so it will be important to continue to monitor what the real evidence is on cancer incidence rates in different African populations.

We need treatments that work to be affordably available, and used.  In some cases this involves surgery and services like that but a lot of it involves the appropriate use of a fairly limited number of drugs that are out of patent and work.  For example, for breast cancer Tamoxifen and aromatase inhibitors are out of patent.

My first target on medication for reducing NCDs  would be secondary prevention: people who have actually got some disease. How do we get drugs that work affordably available and used for the treatment of people with disease?  Remember, you’re not medicalizing the population; these are people that have already got the disease, they have come to you.  Their absolute risk of things going wrong is quite high so their absolute benefit per thousand treated is much greater than in primary prevention.  They are motivated to comply with medication yet we are getting dismally low rates of usage worldwide of drugs that should be available as low cost generics.  If you want to get death rates down reasonably soon, then secondary prevention needs to be really thought about. What are the logistic problems in getting approved drug lists?  What are the problems with getting things available at low cost?

But if you really want to do something about non-communicable disease, then tobacco is just enormous.

Cancer Control: People are also beginning to talk about “the end game” in tobacco control.

Sir Richard Peto:  Yes, very gimmicky. We’re living in a world where tobacco sales are rising rapidly. Over the last 14 years in China you have had a 25% increase in tobacco. There are three things that we could do to reduce premature mortality from NCDs.

There ought to be a substantial increase in taxation on the number of cigarettes sold. The best example of this is France. Between 1990 and 2005 the French tripled the real price of cigarettes so there was a 200% increase in price.  Consumption halved and the French government take from tobacco sales went from 6 billion real Euros to 12 billion real Euros. So my slogan would be: Triple – Half – Double: triple your price, halve the consumption and double the amount of money the government makes.

When China tried to increase prices a few years ago they put the price increase only on the high cost brands; the cheaper brands – which were the majority – didn’t change in price at all.  If you can’t afford the increased price of the high price brands you go down to a cheaper brand, so it didn’t reduce sales. Whereas if you can put all cigarette prices up, including the cheapest, then it does have an effect on sales.  China gets 10% of the government tax take from tobacco so if they could push that up to 12% or 15% by increasing the price of cigarettes. That’s probably the biggest single thing China could do for non-communicable disease because Chinese men are 8% of the world’s population and smoke a third of the world’s cigarettes.

Let’s forget 2025 and think instead of 2050 as an end date.  We’ve got say that the key determinant for non-communicable disease is when adults quit smoking before 2050   rather than whether kids start.  If we want to talk about tobacco deaths then they are going to be driven mainly by whether adults have stopped smoking.  It does matter whether kids start smoking but that relates to the deaths in the second half of the century. Also, plain packaging:  the tobacco industry is not at all happy when you try to impose plain packaging or advertising bans. They hate that, so I am inclined to trust them in that. I think plain packaging is doable.

As well as doing something about the tobacco epidemic, we ought to be monitoring how it is going.  The hazard per smoker will change over decades and we need to have an idea of the extent to which smoking is causing death in the population.  I would argue for countries including in their death registration processes a new question: “Was the dead person a smoker five years ago? Yes/No/Don’t know”.  Obviously this would not be applicable to a minor, but to every adult death. It would be very cheap and, as death notification in one country after another becomes electronic it will be costing nothing. It would also link smoking in people’s minds with death; another reason why it would be a good thing to introduce.

At the moment only South Africa has this in its death notification process. The South African results presented in the Lancet on 24 August 2013 show that the coloured population – that is the mixed black and white population – have more than twice the tobacco-attributable mortality than the white population, and that it’s as bad for males and females of the coloured population. Now people didn’t know that before.  If they include this question about smoking on their death notification forms, countries would be able to see how the epidemic is evolving in each part of their population.

To sum up, in the last century there were about a 100 million deaths from smoking. If current smoking patterns  persist – with 30% of young adults becoming smokers and most  not stopping –  in the second half of the century we are going to finish up  with more than 100 million tobacco deaths per decade. That’s something like a billion tobacco deaths this century if we keep on as we are.

If we do something serious about it, then it should be possible to avoid a few 100 million of them.  They are not all my definition of “premature death” – they are not all in middle age – but still, quite a lot of them are. 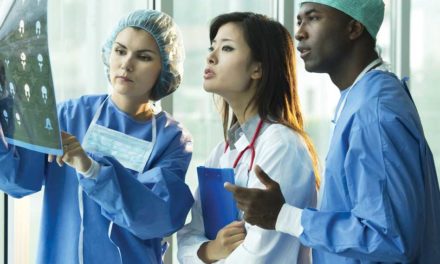 Priorities for cancer prevention and control in Zimbabwe