The Challenges of Providing Access to Cancer Care: Jordan, a Success Story from the heart of the Developing World

For a disease that knows no bounds, whether in quality care or cost, access to care becomes much more about inaccessibility and the consequent struggle to truly deliver cancer care, particularly in developing countries. Most countries in the developing world are struggling under the double burden of communicable and noncommunicable diseases and are unable to effectively address a complex and costly disease such as cancer. Some developing countries have absolutely no infrastructure for cancer treatment, while others lack the systems needed to deliver quality cancer care. In most of the developing world, there is a severe deficit of cancer specialists and countries are overwhelmed by the high cost of cancer drugs and swamped by the fierce taboo associated with this disease.

These challenges are all the more alarming when viewed in light of the rising number of cancer cases: by 2020 there will be an estimated 16.8 million new cancer cases annually worldwide; 75% of which will be in developing countries. This means that in eight short years there will be 12.6 million new cancer patients each year in the developing world. By 2030, this number will have more than doubled to 27 million1.

In contrast, in most developed countries cancer treatment is readily available, often incorporated into health care systems or included in insurance plans. Patients in the developed world find a plethora of cancer specialists, an abundance of cancer hospitals, and the latest in cancer research at their fingertips. In short, cancer patients in the developed world, for the most part, have acquired that elusive real accessibility.

As we stand today, there is an unfathomable cancer care divide between the developed and the developing world. In addition, the comprehensiveness of this complex disease (cancer requires resources and attention at all levels from prevention through early detection, treatment and palliation) sadly contributes to the all too common perception that the cancer epidemic is just too daunting an issue to take on. These two factors together lead us at times to question whether accessibility to cancer care can ever be achieved in the developing world.

Fortunately, out of the backdrop of developing world challenges and limited resources, some success stories emerge, giving hope to the situation and underlining the fact that quality cancer care can be achieved in low- and middle-income countries. One recent example of such success is the Butaro Cancer Center which opened in Rwanda earlier this year. Jordan is also one such success story.

In the past decade, Jordan moved from a bleak landscape of non-existent comprehensive cancer care, to one of excellence, housing the King Hussein Cancer Center (KHCC) – the only cancer centre in the developing world to earn the Joint Commission International Clinical Care Program Certificate for its oncology programme. In the process, it has become a model for the developing world. How did we achieve this success despite the challenges on the ground? Our story and lessons learnt can serve as an inspiring yet real example to those countries that might have just started their journey of delivering cancer care to their citizens.

When KHCC first opened its doors, cancer care – or rather the lack of it – was as typical as any developing country. There was a great taboo against the disease, oncologists could literally be counted on one hand, and cancer care was very disjointed. Only the rich could pack up their bags and travel overseas to the USA or Europe in order to have access to quality cancer care. On top of that, the concept of comprehensive cancer care was entirely unknown. This meant that if a patient found a tumour in her breast for example, the family would first panic, floundering to find any course of action. Eventually, someone would suggest a surgeon who could excise the tumour and an operation would take place. But by the time the patient actually got to see an oncologist, the damage would already be done – whether by not excising enough of the tumor, not receiving the proper protocols that might have dictated chemotherapy prior to surgery, or simply by virtue of the delay which would cause the disease to spread.

So what we at the King Hussein Cancer Foundation (KHCF) and Center did was to literally stop the hemorrhage. In order to do that, we had to set the right foundation for us to effectively start our work. Our first step was to change the law by which the organization was governed, to make it more conducive to the positive, quality and academic environment we wanted to create. Until then, the system of cancer care was disjointed, hindering us from attracting top Jordanian and Arab cancer specialists and oncologists from lucrative positions in USA and Europe. So, we sent a clear message to our doctors abroad that serious restructuring was taking place and that we would be creating an enticing academic environment that would at least safeguard their career opportunities, if not offer the same competitive financial packages. We used our situation as an NGO to our advantage, knowing that this way we could operate outside the rather stagnant health care system.

Once we began our work and took clear ownership of the task from within our country, we were able to approach international partners who were willing to offer their help and support. The National Cancer Institute and St Jude Children’s Research Hospital were both very instrumental in the early years. The fact that such international partners came on board strongly also supported our efforts in reversing the brain drain. Over the past decade, the Center went on to establish collaborations and partnerships with many of the top cancer centres in the world, including MD Anderson with whom KHCC is now a sister institute. To date, KHCC continues to use tele-synergy to communicate with these centres and others on joint research projects, complex consultations and staff training.

The next thing was to prioritize. The cancer spectrum is wide, ranging from prevention through treatment to palliation, but we knew for sure we had to deal with treatment first as patients were literally dying on our doorstep. People would not have heeded our calls for early detection and prevention efforts when no one saw nor believed that anyone could actually survive cancer in the first place.

KHCF/KHCC rolled up its sleeves and introduced the concept of multi-modality, comprehensive care for the first time in Jordan. Patients were no longer treated sporadically, but rather methodically with an entire team of specialists to consult on each case, including radiologists, oncologists, surgeons, neurologists and nurses.

Ten years on, after having started with only four full-time doctors, KHCC now boasts 200 full-time oncologists and consultants, treating over 3,500 new cancer cases each year. The Center has also earned three international accreditations; stamps of quality certifying that KHCC has achieved international standards of cancer care2.

The physical access to quality care was finally solved, but the financial access to the treatment at KHCC remained an obstacle. The Jordanian government stepped in to cover a highly significant portion of the population, but some fell between the gaps. Furthermore, we had patients from across the region – from Palestine, Syria, Iraq, Yemen and Sudan – who had no access to care in their homelands and came to us seeking treatment, yet fell outside of the umbrella of government coverage. So KHCF involved the entire community in fundraising for the treatment of underprivileged patients. To that end, the Foundation developed numerous fundraising programmes so that people of all walks of life could support the Foundation and its mission. As a result, people began to feel an affiliation and a sense of loyalty to the Center; they began to view it as their Center. And this was the final key in the success story of the Foundation and Center; the community wanted and needed this organization to succeed.

Of course, true accessibility to care is an ongoing battle and issues persist as cancer cases continue to rise in the developing world while prevention programmes are not yet in place. This is why we felt great pride and optimism when civil society garnered global attention and pressured the United Nations to issue a political declaration in September 2011; an act which struck a heavy blow at the most cancerous of all obstacles – the “denial of the cancer epidemic”.

The latest victory took place in November 2012 when member states agreed to adopt nine targets and 25 indicators, including the overarching target to reduce premature deaths from noncommunicable diseases, including cancer, 25% by the year 2025. The adoption of these voluntary targets (including the target on essential medicines) is the surest sign that countries are now collectively willing to take the steps necessary to fight the cancer epidemic. With the framework in place, real hope might become palpable in the near future and real access to cancer care in the developing world may soon become a reality.l

HRH Princess Dina Mired is Director General of the King Hussein Cancer Foundation in Amman, Jordan. She is the mother of a cancer survivor and the Honorary Co-President of Harvard University’s Global Task Force for Expanded Access to Cancer Control and Care in the Developing World. Princess Dina is on the Presidential Advisory Panel of the Union for International Cancer Control (UICC) and is an Ambassador of the UICC World Cancer Declaration Ambassadors Program. She is a LIVESTRONG Global Envoy, an active member of the Clinton Global Initiative and an Honorary Member of the Mediterranean Task Force for Cancer Control.

The King Hussein Cancer Foundation Foundation is a nonprofit institution entirely dedicated to combating cancer. Its medical arm, the King Hussein Cancer Center, is an internationally accredited cancer treatment center, which offers comprehensive cancer care to patients of all ages, backgrounds and nationalities. It is the only centre in the developing world to earn international accreditation as a disease-specific cancer centre by the Joint Commission International. 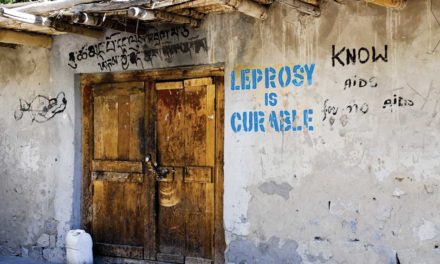 The framework convention alliance campaigns for 2013